Silver Dollar City is a theme park in Branson, MO, just in case you haven’t heard of it.  My favorite time of the year to go is during their Christmas celebration.  This year, I went twice.  The last time, a couple of weeks ago, it was packed!

There are a ton of Christmas lights in the park.  I made a video of them, you can watch it here, SDC Christmas 2015.  I took some pictures too. 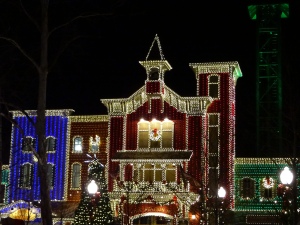 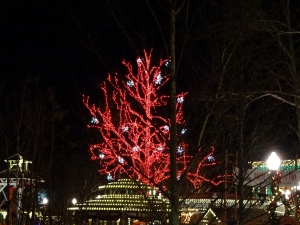 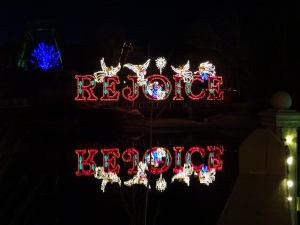 There was a lot of rain.  These pictures are from my hometown of Sapulpa.

It usually doesn’t take long before the creek recedes back into it’s banks.  Hopefully there wasn’t to much property damage.  In some places in Oklahoma the flooding was a lot worse.

It’s the day after Christmas, and it’s raining like crazy!

I know it’s a day late, but I want to with everyone a Merry Christmas.  I didn’t have a chance to post yesterday.  I actually had to work.  Boo!  Although I’m blessed to have a job, I really didn’t want to work on Christmas.

Earlier in the week, the weather guys around here kept saying it was going to rain this weekend.  I didn’t know it would be this bad.  I mean, it’s not the worst, but it’s pretty bad.  This is a picture looking out the front door of my apartment. 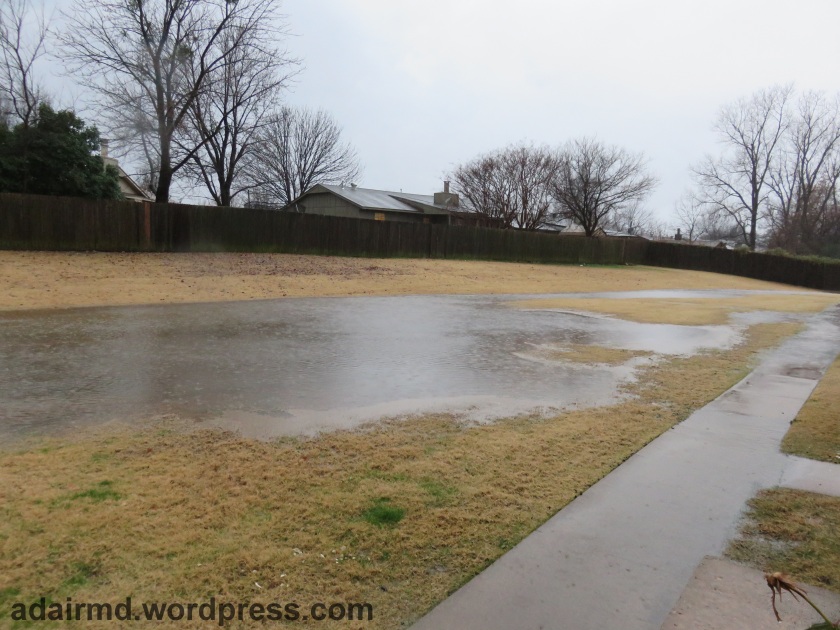 Yes, all of that is usually dry.  The middle of it is probably four or five inches deep.  I had a friend on facebook say she heard the tornado sirens, but I think her friends figures out it was flood sirens instead.

Anyway, my “New Years resolution” is to do more blog posts and more videos for my YouTube channel.

I want to wish everyone that reads this a Happy Thanksgiving.

I have to work this Thanksgiving.  I told my parents they better save me a plate of turkey and dressing.  I’ll go over to their house after work to eat it.

Tonight was the opening night for the Tulsa Drillers.  I love watching baseball, so I had to make it out there.  I didn’t get off work until 6:30, and the game started at 7:05.  I did make it for the first pitch.  The National Anthem was being sung when I made it to the stadium.  I had to get my ticket before I could get in.  I had planned on getting a general admission ticket, but they were sold out.  That was okay, I still enjoyed the game. 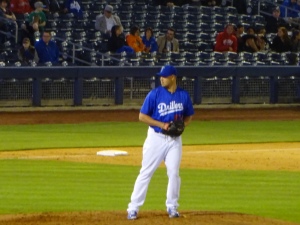 The Drillers across the chest is like the Dodgers.  They won, 10-4.  It was a fun game.

If you want to see more pictures, visit my Flickr Album.

Thanks for visiting.  I know I haven’t been updating this very frequently.  Ill try to do better!

Last week, we celebrated my sisters birthday.  Next week is my birthday.  Today, was a birthday party for a great aunt.  She is 88 tomorrow.

There were a bunch of people there to celebrate.  Even her son that lives in Hawaii was there.  It had been around 14 years since they had seen each other.  It’s so cool to hear old stories from my moms childhood.  There were also old photos.  Below is one of my mothers house when she was young.  I don’t exactly know when they moved in there.  I think she lived there during school, but not sure.  It’s still standing, but my grandpa added rooms on to it, so it looks different now.  They moved out of this a long time ago.  Now, there are houses built around it. 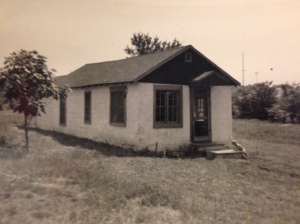 Here are some other photos that I seen today.  I had to take them with my phone.  I sure wish I had a portable scanner.

The first one, is of my mother, her siblings, and cousins.  She is the second from the left on the top row.  This was taken at Mohawk Park, in Tulsa. 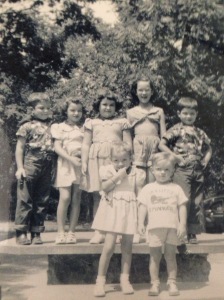 It was a good day catching up with family I don’t get to see very often.  I love old photos, I will hopefully add more in the future.  And, Happy Birthday Betty!

Wow, again, it’s been a while since I’ve posted anything on here.  I’ve been posting videos on YouTube, and not even have thought about this blog.  I thought I would start doing both.

Last Sunday, I wanted to get out and take a walk.  As I’ve probably said before, there are two places that I love to take walks at.  One is Turkey Mountain, the other is Oxley Nature Center.  I decided to head out to Oxley.

I took my point and shoot camera, but I wish I had taken my DSLR.  I think I got some good shots with my little camera anyway.  I also shot some video too.  Here are some pictures I took.

I have more photos at My Flickr Site if you want to see them. If you want to watch the video I shot, check it out here, Some Wildlife At Oxley

It's Just Me!
Blog at WordPress.com.